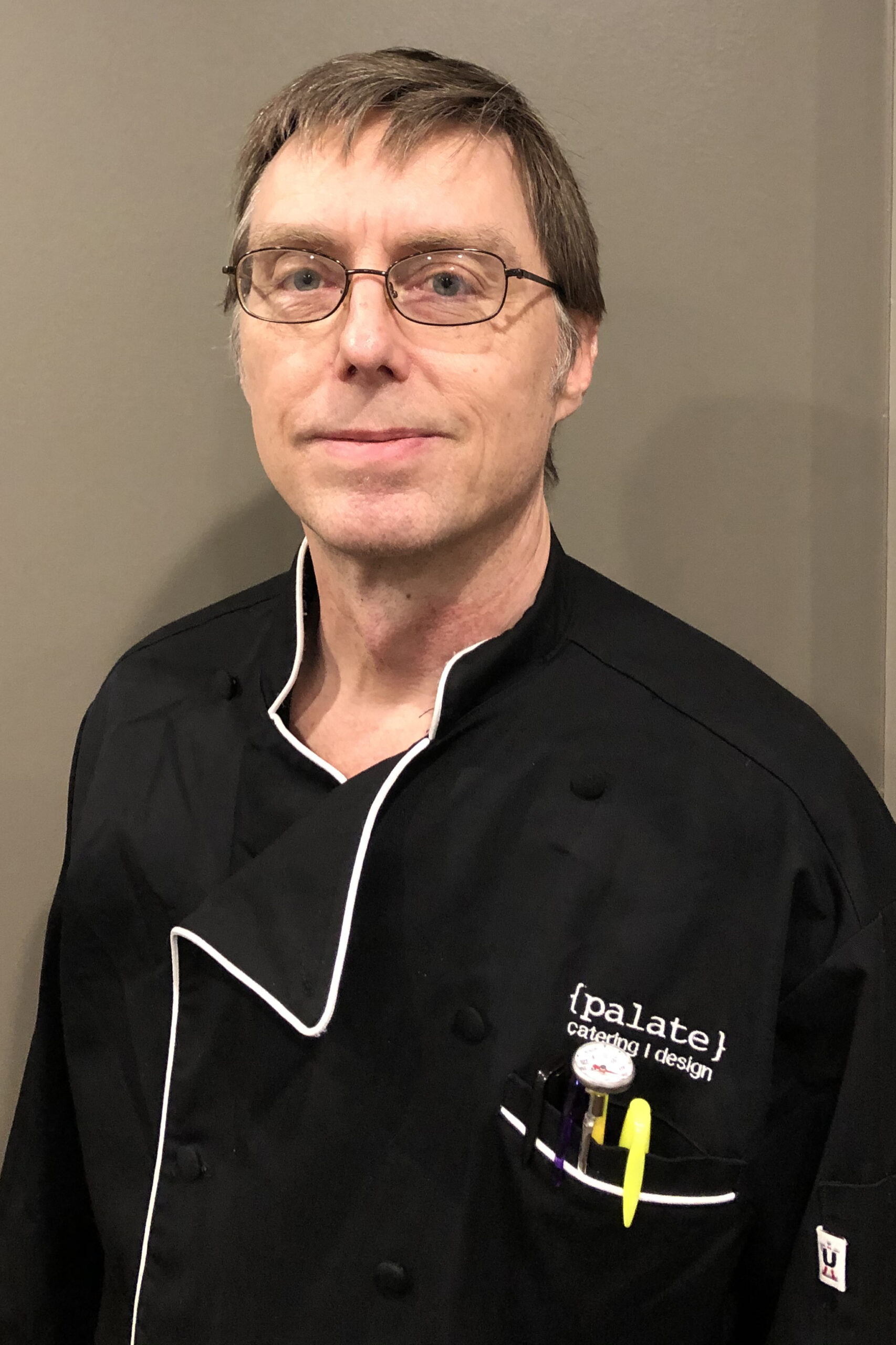 With many years in the food business, Scott Murtha leads the kitchen at Palate Catering I Design as Executive Chef.  He spent time cruising in Europe which led him on a path to the culinary world. Scott graduated from the Culinary Institue of America with a zest for creating captivating and delicious food. After working on his culinary skills he decided to open his own restaurant which awarded him with the knowledge that directed him into the catering arena. Scott’s extensive background in all areas of food makes is possible for Palate to accommodate any client’s request.  Some of Scott’s most memorable experiences include cooking for Julia Child, Vincent Price, and Ken Nugent. Although Scott is relatively new at PCD, his dedication and focus have already proven to be a valuable addition.

Foodie Facts: Scott loves pasta. When in Europe Scott learned to make fresh pasta and he enjoys making playing with all types of pasta varieties and shapes.

Fun Fact: When asked if he could go anywhere Scott said he would love to go to Turkey to see the ancient monoliths.